Posted by DDH Staff on 1/25/2013 to Styles
Sure-Loc is really good at coming out with new stuff that has a modern design, which is a really popular choice to pick for your home. I remember when they had just come out with the Sure-Loc Juneau Modern Lever, it became a quick favorite for lots of people. And there was/are many great reviews that came along with it. Then came the Sure-Loc Oslo Modern Lever, somewhat similar to the Juneau, and it became yet another popular choice with many great reviews for it's modern design. These two are probably the two most popular levers from Sure-Loc as well as one of the more popular (not to mention affordable) modern levers on the site! It's always exciting to see what they come up with next! 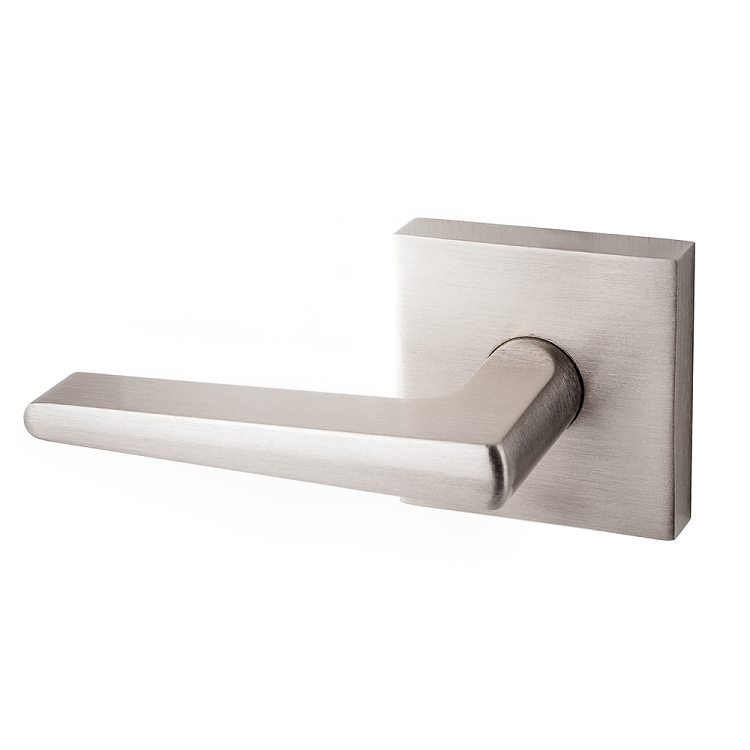 The Basel Modern Lever is a great new design with straight lines, making it another lever that I am sure will be very popular. This great modern lever is available in two finishes, satin nickel and vintage bronze, giving you a little more of an option, unlike the Juneau or the Oslo. You can order it as a passage, privacy or dummy function.  The reason the keyed function is not available for these modern levers is because it would change the style design significantly, so we recommend if wish to use this lever and need the door to have a keyed function to use a passage function of the lever along with a Sure-Loc Deadbolt, such as the Sure-Loc Modern Square Deadbolt. The handing for this lever is reversible, meaning you can make it work on either a right hand or left hand door and you don't have to check which one you need first. Sure-Loc makes sure all of their hardware is easy to install, stylish and the affordable cost pretty much can't be beat!
SHARE THIS POST
Previous Post
Next Post